Showing posts from March, 2012
Show All

This  enthralling piece of footage is the second part of the crucial delivery of a donor liver by the Metropolitan Police.

The journey begins from Junction 7 by two Metropolitan police Rover SD1 3500s. The two cars(one a back-up) speed Southbound into London. At times their speeds peak at  120 Mph .

The journey  was made in 30 mins with just 5 minutes to spare and described as one of the finest examples of police driving under pressure ever captured on video.
Around 50 police officers were used to help transport the liver. These were mainly posted in advance to road junctions to stop the traffic as the liver run approached.
When driving through The …
4 comments
Read more 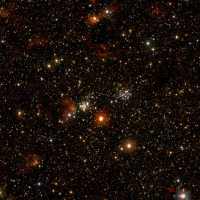 Astronomers released this week a picture containing more than one billion stars in the Milky Way galaxy. It combines data from two near-infrared1 telescopes – the UK Infrared Telescope (UKIRT) in Hawaii and the VISTA telescope in Chile -  and is the result of a decade-long collaboration by astronomers at the University of Edinburgh and the University of Cambridge to process, archive and publish the prodigious quantities of sky survey data generated by these two telescopes.

Dr Phil Lucas from the University of Hertfordshire leads the UKIRT study of the Milky Way, and co-leads the VISTA study. He said: “The combined data on over a billion stars represent a scientific legacy that will be exploited for decades in many different ways. They provide a three-dimensional view of the structure of our spiral galaxy, the Milky Way, while also mapping several hundred nebulae where stars are being born. The VISTA data, in particular, is breaking new gro…
14 comments
Read more

The Born Free Foundation is a charity that brings animals back to the wild - it is a worldwide organisation to help animals remain in their natural habitathttp://www.bornfree.org.uk/ 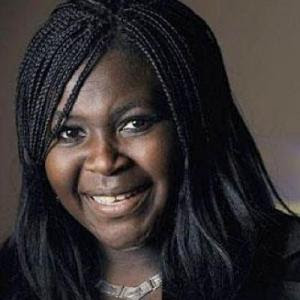 Maggie Aderin-Pocock was born in London to Nigerian parents. She attended La Sainte Union Convent School in North London. She has dyslexia and, as a child, when she told a teacher she wanted to be an astronaut, it was suggested she try nursing, "as that was science too".[2] However she gained four A Levels in maths, physics, chemistry and biology.

She went on to study at Imperial College London, where she graduated with a Bachelor of Science in Physics and a Doctorate in Mechanical Engineering.[3]

Dr. Aderin-Pocock has worked on many projects, from private industry to government contracts to academic research. She began in the Ministry of Defence and the Defence Evaluation and Research Agency on missile warning systems. She then worked on hand-held instruments to detect landmines. Maggie moved back to Imperial College London in 1999 with a Fellowship from the Science and Technology Facilities Council to work on a high-resolution spectrograph for the Gemini telescope in Chile, …
Post a comment
Read more 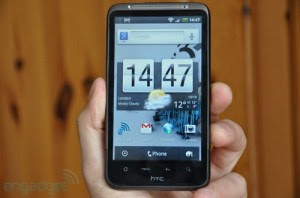 Those multi-gesture passcode locks on Android phones that give users (and their spouses) fits apparently present quite a challenge for the FBI as well. Frustrated by a swipe passcode on the seized phone of an alleged gang leader, FBI officials have requested a search warrant that would force Google to "provide law enforcement with any and all means of gaining access, including login and password information, password reset, and/or manufacturer default code ("PUK"), in order to obtain the complete contents of the memory of cellular telephone".
Source: https://threatpost.com/en_us/blogs/can-google-be-forced-fbi-unlock-users-phones-031412
Post a comment
Read more
More posts